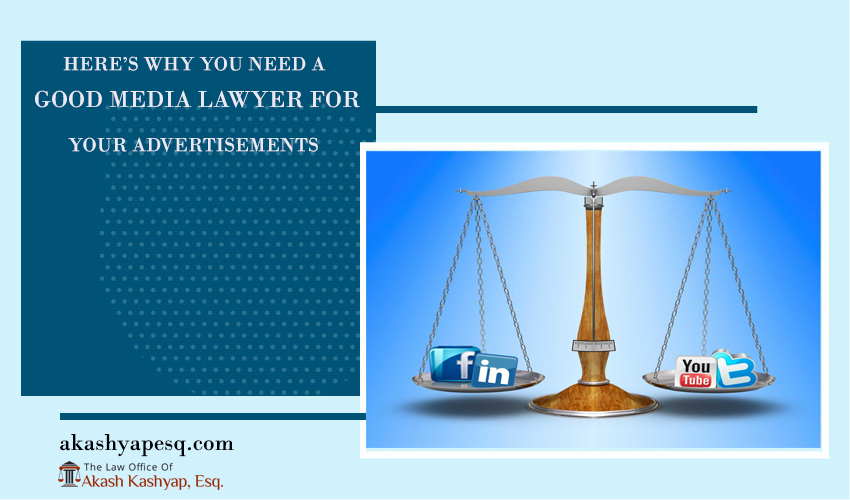 Media laws in India are very different from those in the US or the middle east,even though most media consumption in these countries is quite similar. When you plan on creating a mainline advertisement that will air on the television and the radio, it is very important to ensure that it follows all the media laws in India thoroughly. In case of any tiny slip ups, your ad will be rejected, andyour work will go to waste which can lead to a lot of delays and not forgetting the monetary losses that you will have to bear!

To avoid such issues, it is important to hire a good media lawyer from any good media law firms in your city. This firm will help you out with your advertising and marketing in the mainline field as well as digital. The lawyer keeps a check on all your ads from the layout to the wordings as well as the costumes to ensure all the criteria of media law and entertainment law are following by your production team.

The video advertisements that you create will have to follow not only the laws of advertising in India but also those of cable television where your ads will be broadcasted. If you plan to translate this ad for other states in the country, you will need to ensure that the laws governing those states are followed as well.

Keeping a track of so many laws is not an easy task and while many people think that they can do well without good media law firms,they suffer in the ending when their ad is ready to be published. Save yourself the trouble and ensure you have a good media lawyer on board right from the start to avoid any delays and retakes for your entire advertisement!